Emile T. Fisher (1923-2020) grew up in Wilmington, North Carolina, the eldest of four children born to immigrant parents from Lebanon.  After graduating from high school, he worked 80-hour weeks during World War II at Wilmington's shipyard, earning $2 an hour which he saved for college.  "I worked like a Trojan for six years and my mother saved every check I earned from the shipyard," states Emile.

"Finally, I had enough money to go to Wake Forest University in Winston-Salem, North Carolina.  After graduation in 1948, I came to Atlanta to attend dental school at Emory University.  When I was about to graduate, the dean of the dental school asked if I wanted to specialize in a particular area of oral health.  I wanted to go into periodontics, but I had no money for further study."

The dean placed a phone call to Northwestern University School of Dentistry in Chicago and within three months, Emile was pursuing a post-doctoral education in periodontics, working evenings to pay expenses.  Afterward, he returned to Atlanta to start his career.  Emile has also taught at Emory and the Medical College of Georgia (now known as Georgia Regents University).

For nearly 60 years, Emile has provided dental services to the indigent at the Ben Massell Clinic in Atlanta.  He funds scholarships at Georgia Regents University's College of Dental Medicine, East Carolina University, Rensselaer Polytechnic Institute, Emory University, and Morehouse College.  In addition to his charitable work, Dr. Fisher has also been an active member of the Cathedral of St. Phillip in Atlanta for over five decades.

In 2007, Emile T. Fisher received the Vessel of Life Award.  This award is the highest honor given by the Medical College of Georgia, recognizing outstanding service and professional achievement.


In January 2013, the Ben Massell Dental Clinic of Atlanta honored Dr. Fisher for his decades of service to the clinic at a gala fundraiser which also recognized all dentists who have volunteered to care for individuals with tremendous dental need and educate them about how to obtain optimal oral health.  Dr. Fisher was the first specialist (periodontist) to volunteer at the clinic beginning in 1956.  The Ben Massell Dental Clinic of Atlanta, which turned 100 years old in 2012, provides dental care to thousands of indigent patients.  Following an extended illness, Dr. Fisher died at home on June 22, 2020. 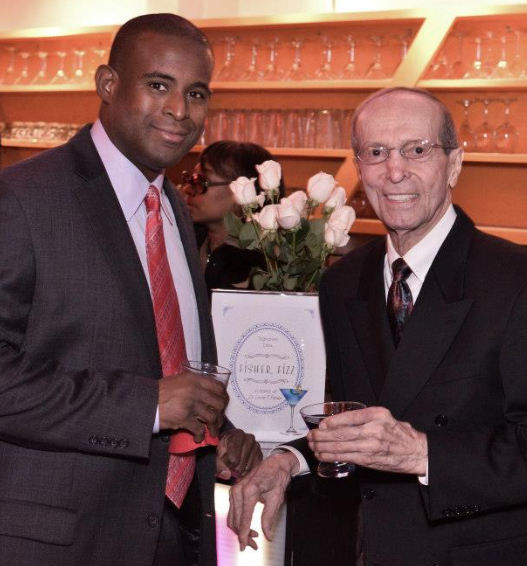